Hey Bookoholic’s! I’m back for an update of what’s been going on.

As some of you may know, I took a two month trip to California to visit my mom. Sadly, the two months have ended and I’m back in Pennsylvania preparing for my older brothers wedding.

I know I didn’t blog for the two months while I was actually in California, but that’s because I wanted to enjoy my time there rather than be on a computer most of the time giving a play by play update of everything. When I thought about uploading a new blog I decided that I would put everything into one post with the musts that have to be done if you ever visit the wonderful state! So let’s get started, shall we?

One of the first things I did when I got into California is check out the beach and the pier. It’s pretty much the first ‘must’ on the list of ‘Must Do’. As expected, the pier was awesome and it wasn’t even that crowded with people! Even though I got into California during ‘June Gloom’ and the sky was clouded, just the mere fact that I was in this new state and seeing all of these new things made everything really cool and fun to experience.

There were lots of surfers in the water and it was fun to watch them. Let me tell you now, being at a beach in CA is nothing like the vacations to beaches like Ocean City. The whole vibe was completely different, and I’ve got to say, it’s one I definitely want to go back to in the future!

My next stop on my list of ‘Must Do’ would have to be getting a part time job. You may be asking yourself “A job? You’re in California! Why would you get a job?”. Well, I’ll tell you. Getting a part time job was really important to me and I’ll reveal why at the end of this post! No cheating! Don’t scroll all the way down and read!

Anyway, I got a part time job and it was really fun! It helped me to get out there and meet some new people and make some friends. The fact that I made a little extra cash on the side doesn’t hurt either ;).

If you’re in California for an extended period of time and you know for a fact that everyday won’t be filled with some new adventure, then I strongly encourage you to go out and possibly find some part time work. It’ll help in the long run of getting some extra cash to go spend and it’ll also be a great way to get out and meet some of the locals because, I assure you 100%, that a local knows their way around the place your visiting way more then you do. They can show you all those hidden gems you really want to find.

Now then, carrying on down the list! I got a month long membership at The Ultimate Training Center. Some of you may have heard about this gym. It’s a gym that a well known fighter, Tiki, owns. This place was amazing and the fact that I got to be a part of it was mind blowing.

It’s been a long time goal of mine to really get into shape and learn Muay Thai. Well, I’ve semi-completed the goal. I still have a long way to go before I’m fully in shape but I’ve started to learn Muay Thai and I absolutely love it! It’s so fun and exhilarating and it’s an amazing work out. Everyone at the gym was amazing and one of my classes was taught by Tiki. It was, over all, a really great time. Plus, it helped me to get out and meet more people, just like my job did. I’ve got to say, I also built up a lot of confidence thanks to the class, so it’s definitely something I’ll be continuing in the future!

The next thing I did was take a hike. Now, I did this a few times actually, the first time was the day after I got into California and I already mentioned that in a post, I believe. It was a pretty cool hike, I got to see some creepy looking trees and some bunnies. The sky was still cloudy but, it was warm out.

The second hike I took was up to the Hollywood sign, or, at least, it would have been to the Hollywood sign had my mom and I not taken the wrong turn. Instead we got to see Dante’s View which was just as cool and had just as good of a view! It was really something and the weather was great. Really, really hot, but great!

Taking a hike to the Hollywood sign, or even to Dante’s View, is a definite must and you won’t regret it in the long run. You may have some second thoughts on the hike up but, trust me, once you get there you’ll know the hike was completely worth it! So push through that ungodly heat and get up there because the view is astounding. I can only imagine what it’s like at night with all the stars! There’s also lots of dogs too, so there’s some incentive for dog lovers!

Another thing that must be done is driving through Beverly Hills. Trust me, you’ll love it. You’ll envy all of the amazing house people live in, but you’ll love it. Every street has a different tree and it’s beautiful. I could have driven around for hours just looking at everything. It’s definitely something that needs to be done when you have the time to just drive slow and really take it all in. You’ve gotta live in the moment!

Hollywood High School was something that I didn’t even know existed until I actually saw it with my own two eyes. It was right in the middle of everything going on and it was HUGE. I can’t even fathom a high school being that large and I went to Hempfield! It was also really cool because, on one side of the school, there’s this huge mural with all the past celebrities that went there. It was something that was really interesting to see and, even though I only saw it in passing twice, I recommend that, while you’re out in the big CA, you check it out. The mural is really cool and something that should be experienced first hand, not just in pictures.

While we’re on the topic of Hollywood High, you should also check out Sunset Boulevard which isn’t too far from the High School. This is definitely something that should be at the top of your list since it is the place you’ll most likely see stars wandering around. Also, if you’ve got the time, you should get out and walk around. There were some cool places that I saw, one of them being the place Johnny Depp owns. Now, I didn’t actually go into the place, but it definitely looked awesome, so check it out and be sure to tell me about it!

We’re coming up quickly on an end to this list. One of the places that should be checked out is Crystal Cove State Park which is one of the last hikes my mom and I did as my last month started coming closer to its end.

It was a semi-cloudy day, but it was still really cool to get out and see the ocean and all the little crabs in the water. I even saw an octopus and a sea slug! They were really cool. I got some good pictures out of it as well so it’s definitely a good place to go if you’re looking to get some nice shots!

One of the other things I did was go on one of those bus tours. It’s definitely a must no matter where you visit and, if you can find a free one all the better! They exist, you’ve just gotta do a little bit of digging. Anyway, the tour was really cool, I learned some new things and I got to see some interesting places. If you’ve got a good guide, it makes everything all the better as well!

And, now, I’m getting down to the end of this post and I realize I haven’t recommended any places for you guys to eat at. Definitely a palm to the face moment.

The day before I left California I went to Ruby’s Diner which sits out on the end of the pier at the beach. I’m almost positive that there’s one at every pier in CA, but you can go on their website and find one close to you if you’re interested.

Anyway, Ruby’s Diner was a really awesome place to go to eat and, I mean, not just go up to the fast menu and order to go. I mean, actually go inside, get a table, and sit down to eat. It’s so old fashioned and fun, all of the staff were super nice. It’s definitely a place I’ll be going to eat again. They also have a large menu with a lot of choices for people who are Vegetarian and Vegan, as I am. The atmosphere that the place has is very welcoming and just and over all great place to go in general. I have to say, it definitely made me glad it was the last place I ate while in California because it left me with a really good over all feeling for when I left the next morning.

So, that was my California Recap. I hope you liked it and, if you have any suggestions on what I should do next time I’m there, feel free to leave them in the comments! I took a lot of pictures with my phone and a few with my Canon AE-1 so I’ll be uploading the ones from my phone to here. When I get the film developed I’ll also put them up.

If you’ve managed to get this far without cheating then kudos to you my dear reader! The reveal is upon us! So, I mentioned that I got a part time job while in California for a reason. Well, that reason is because I plan on moving to Maine for a year come the end of August beginning of September. That’s what the next adventure is my fellow Bookoholic’s so I hope you’re as excited as I am because I’m absolutely bursting. There are still some more things that need to be figured out but, if all goes well, I’ll be moving close to the university I plan on attending in the fall of 2018.

On a side note, I also visited a really cool cafe called Hiccups and their drinks were delicious! I also went to LA and saw all of the stars on the side walk and the Chinese theater! It was really awesome so definitely add that to your list of ‘Must Do’! 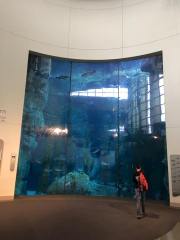 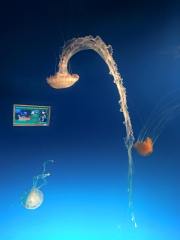 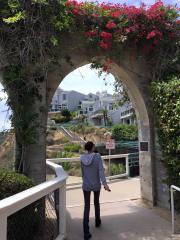 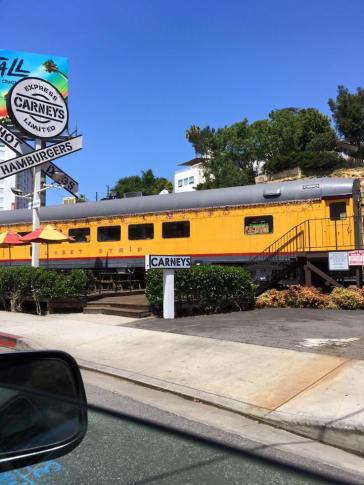 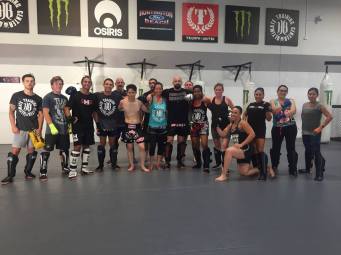 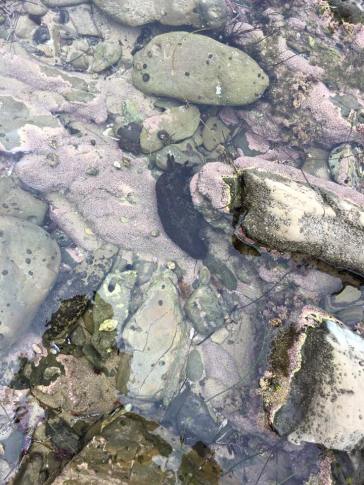 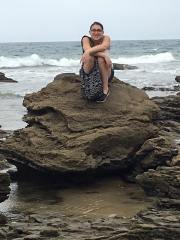 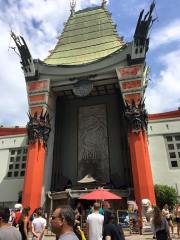 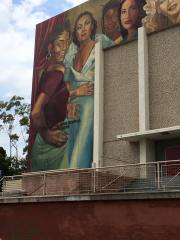 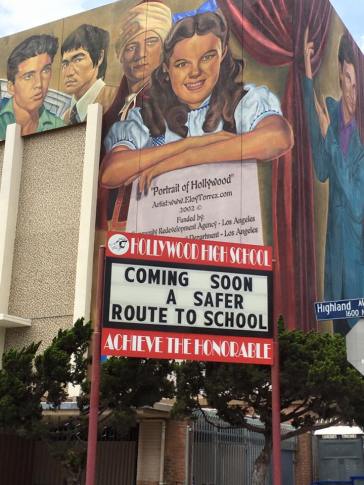 Support me on Ko-Fi